In an attempt to get my mojo back, I impulsively bought bus tickets from Brunei to Miri in Sarawak, Malaysia for this year's Chinese New Year weekend.

Rewind to one weekend before this. I spent the whole day locked up in the hotel room and in between wolfing down breakfast and grudgingly walking down the road to find dinner, I laid in bed doing utterly nothing, alternating between sleeping and mindlessly staring at the TV. The day ended with me feeling miserable and inadequate (emo, yes!).

So on that Friday afternoon, something switched and I suddenly decided to go to Miri. 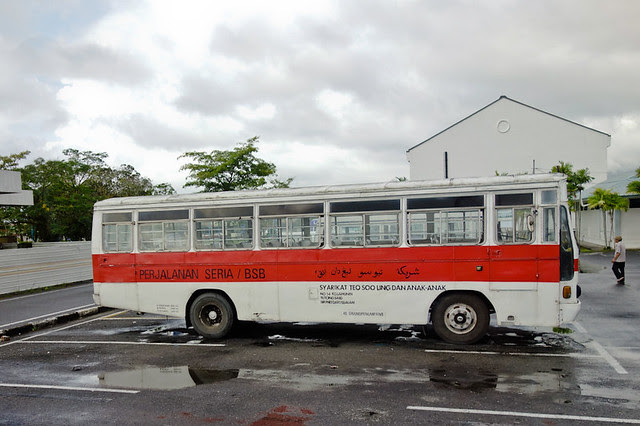 No, that is not how my bus looked like :) This a a regular bus from the capital, BSB, to the oil town of Seria. It is probably cheaper to take this bus but it's such a hassle to wait and board another bus to Miri, plus it reminded me of a prisoner bus. I took the PHLS AC bus, which cost me 36BND (roughly PhP 1200) back and forth. The bus was clean and had ample leg room, and the temperature was nowhere near the freezing temperature of buses back in Manila. We passed through endless rows of tall trees fronting the highway leading towards the forest, and stopped at a couple of terminals outside the city. I spent a few minutes walking around Seria. Men were walking around clad in overalls and groups of workers were hunched around tables for breakfast. Seria and Kuala Belait felt a little more like home.

Four hours and two immigration checks later, I was finally in another territory. It took sometime for me to get my bearings at the bus terminal, taking into mind that I am a klutz when it comes to directions. 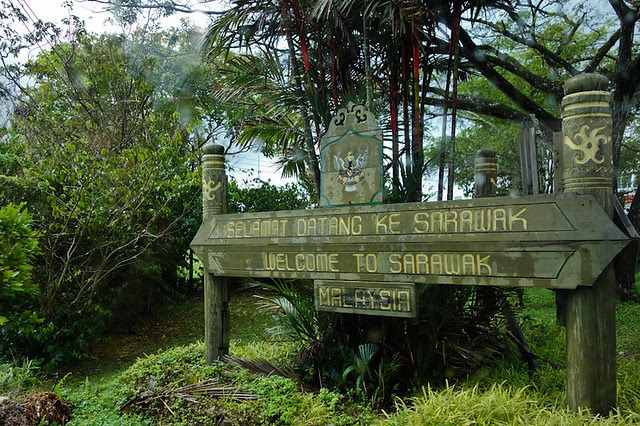 Luckily enough, with the help of Google Maps, I found the hostel that I was looking for, Minda Guesthouse, after 20 minutes of wandering around. From the outside, it looked like one of those ramshackle boarding houses in Recto. But once I went up to the 2nd floor, it felt actually homey.


I was warmly greeted by Willie Kajan, an environmentalist/activist/mountaineer/entrepreneur all in one. I took a bed in the female dorm room for only 20 RM. A hostel as cheap as Minda Guesthouse, you would assume that backpackers would be all over the place. Surprisingly, aside from backpackers, I saw a lot of old Western couples. And by old, I mean 50-60 years old. And they came in groups.

The first goal was stuff myself full and what I had in mind was very specific.. I wanted to eat pork, pork in all its fatty, oily goodness. And so I marched to Ming's Restaurant across the hostel and ordered a huge serving of liempo (pork belly), a steaming cup of rice, and Ming's Special drink, whatever that was. 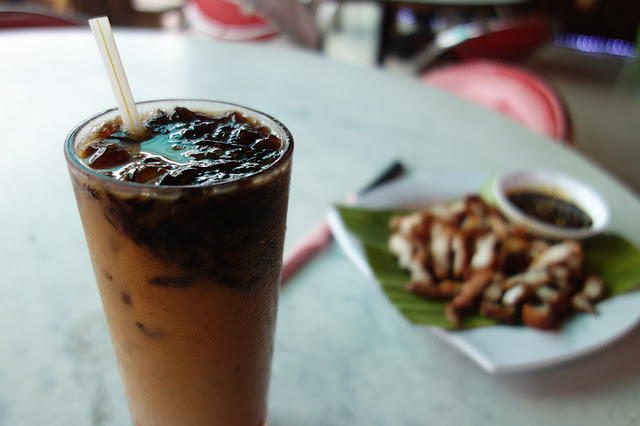 What followed next was a lot of walking. I made up for all the days that I spent sitting in the office and for those minutes I spent in the car going back and forth (the office is a 15-min walk from the hotel).

I sat for some time at a Chinese temple, watching the people light up incenses, offer their prayers, and prepare for the new year. 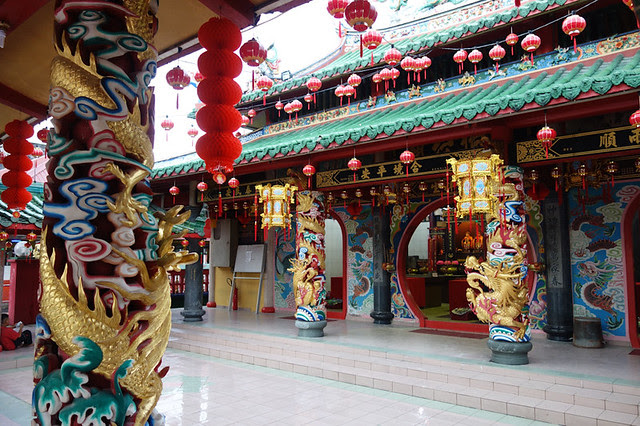 I wandered some more, watching the shops close down for the day and people hurrying to go home. I wanted to see the Grand Old Lady, Malaysia's first oil well, but it was closed for the holiday.  The almost empty streets were a sign that it was time to go back to the hostel. 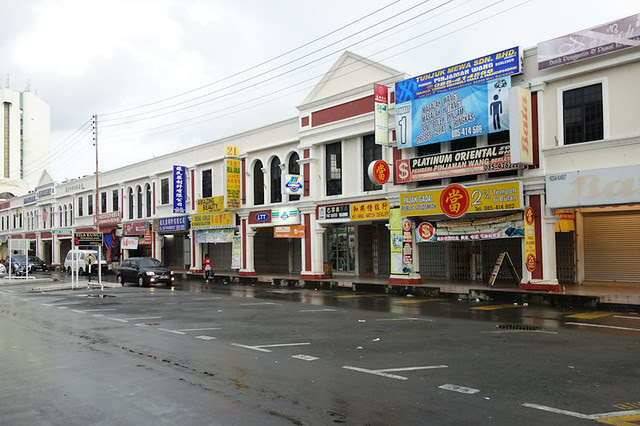 As if on cue, Willie brought out a bottle of gin. We exchanged stories over a few glasses of gin and lime, a few hours before Chinese New Year. Sometime during the conversation, a travel show popped up on TV, showing the Kalinga region and the hellish bus ride through the moutains. It was a joy telling people stories about Fang-od, the traditional Kalinga tattoo artist, rice terraces, and the lush and cool mountains up north. A few minutes before the clock struck 12, I headed up to the hostel's rooftop. I welcomed the Lunar New Year along with the whole population of Miri, cheering for the good things to come. The rooftop was perfect for viewing the fireworks in the sky that lasted for 30 minutes. Thinking that the night was finally over, I went down to find Willie and the other people from the hostel asking me to go with them to a bar where a Pinoy band was performing. 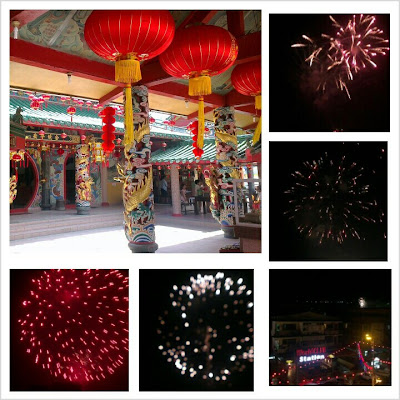 This was a trip of firsts.

First time to go on a solo trip. First time to cross a border by land travel. Things that I can finally cross off my list!

This was the first trip that I deliberately went on my own. And while it was fun to walk around by myself, finally be able to read the map on my own, turn on every street that seemed interesting, dodge shady people, have an Italian dinner and wine on my own and not feel bad about it, I realized that the best thing still is meeting people on the road. Willie, Ewa, the rest of the Minda Guesthouse crew, the Muslim lady in the dorm room, the backpackers in the bus, the waiters, the restaurant owner. Somehow I got to believe that everyone has an interesting story to share and that there is an innate kindness in all of us.. it's either that or you just can't help but be kind to a woman traveling solo. Heck, I even have a free stay at Minda Guesthouse when I come back.

I went back to Brunei feeling like I've grown up a lot more than I have in the past year. And my mojo? As it turns out, I had it the whole time. :)

Minda Guesthouse is located at 2nd Flr Lot 637 North Yu Seng Road. The hostel's location is very convenient. Just bring some ear plugs if you wish to stay in the dorm rooms. Parties at the bars across the street can go all night.. better yet, go out and party! Visit their website here.
Email Post
Labels: 2013 Malaysia Miri Sarawak