Lessons from Long Weekends and Even Longer Bus Rides


There is absolutely nothing that could go wrong with a 12-hour bus ride. Or so I thought.

Earlier this year I took a smooth 13-hour bus ride to Tuguegarao. I boarded the bus and slept all the hours away. This time around, it was a different story. 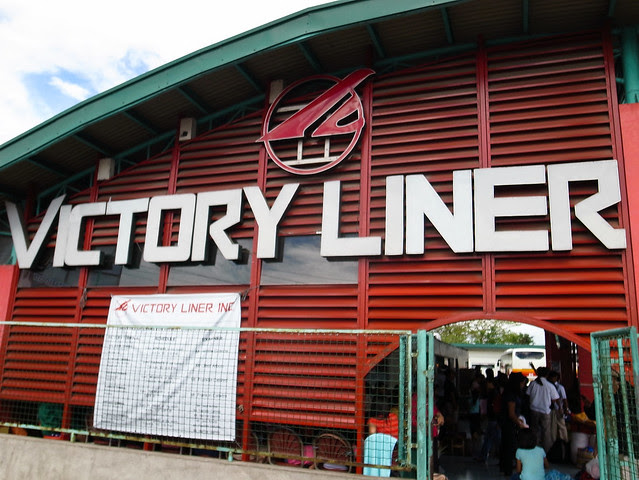 It all started with a plan to go to Kalinga with a new friend we've met at Batad. I called Victory Liner a day prior to the long weekend and the representative said that there were plenty of seats in all four trips to Tabuk. For the life of me, I don't know what prompted me to think that pretty sure there will be seats for four. Tabuk is just too far for a 4-day weekend, right?

So there we were. 8PM on a Friday night. Four people standing at Victory Liner Kamias Terminal begging for seats along with a hundred more chance passengers bound to Tabuk.

Most looked like they were seeing their families and they deserved a seat on the bus more than we did. I wanted to kick myself for not getting our tickets. I was racking my brains for Plans Bs. Cross the street to JAM Liner, ride a bus to Batangas and take a ferry to Romblon? Or to Puerto Galera and party all the 4-days away? Or why not go home and try again the next day?

None of the Plan Bs worked for us. Not when you have an American who flew all the way from Cebu (technically from Minnesota) just to be in the mountains of North Luzon. Besides, what will she do with Puerto Galera's White Beach when she has seen some of the best beaches down south? This time I was sure that I really messed up. What have I done?

Lesson #1: Always buy tickets in advance. Never, ever assume that they can always squeeze you in. Remember that there are no aisle seats in provincial buses.


We stood there with long faces while we waved goodbye to the third bus. The last bus pulled up in front of us. It was our only hope. I was grateful that we had a foreigner with us who told people that she really wanted to see the mountains and the rice terraces. In a country where everyone can suddenly turn into a tour guide, it was definitely a good idea to work on. Plus it's not everyday that you see a foreigner pleading for a seat on a bus to Tabuk.

Lesson #2: When stuck in a situation like this, remember that the bus conductor is king. You can plead all you want with the ticketing personnel, the security guard, or any one who looks powerful enough to squeeze you in but at the end, the bus conductor gets to decide. Appeal to the conductor's compassionate heart early on!


And the bus conductor happened to be Mr. Tourism himself. He was nice and we felt that he really wanted to get the foreigner and her companions in the bus so she could tell her friends how lovely our country is. Finally, he called the four of us in. The "It's more fun in the Philippines!" ploy worked.

And just when I thought things were looking up for us, there's a catch.

There were no more seats. We can ride the bus we had to figure out how to spend the next 12 hours without a seat. We were so desperate we agreed to sort ourselves out on the floor. I was dismayed but half of me was laughing at the humor of things.. how often do you get to sit on the bus floor? For possibly 12 hours?

Lesson #3: If you really want to get to your destination bad enough, you'll never know what you can give in exchange for that. Like taking the floor seat. The point is, give in!

I wanted to smack myself for not planning the trip well, leaving everything to chance. For hours we were sitting on our bags on the floor. Our foreigner friend even curled up on the floor sometime during the night. I would have warned her about the crawling insects but she slept like a baby. We spent eight hours on the floor, trying hard to get some sleep, leaning our heads on someone else's armrest, and trying to keep ourselves warm. It's specially colder and a lot bumpier when you're sitting on the floor. The passengers were nice to us, lending us their luggage to lean on. It was  dawn before finally, some passengers started to get off the bus.


Lesson #4: Prepare to bundle up for the bus weather (that's the third season BTW). And if you plan to take some floor seat, layer up. Even Westerners don't get our relationship with air condition. Why does it have to be always turned ON, full blast?


Finally, seats! They felt like bum-heaven. I hurriedly caught on my sleep.

I woke up a couple of hours later to a sweeping view of Kalinga. Less than fifteen people were left on the bus. A lady was kind enough to assist us in finding Bayle's Supermart in Bulanao, Tabuk.

We were set to ride a jeepney to Tinglayan at 8AM, but since we did not catch the 7PM bus, we arrived in Tabuk at 9:30AM. We had to again try our luck in catching a jeep to Tinglayan. Forunately, a jeepney came by around 10:30 in the morning.


Before leaving for Tinglayan, we booked our tickets going back to Manila. I don't think we can ever risk the floor meeting our tushies again.

Lesson #5: Learn from your booboos. There is always time for your.. first time.

A few hours and a 3-hr jeepney ride later, when we finally reached our destination, the whole unfortunate bus scenario was simply tucked into our minds. We all deserve the bragging rights for being the only person we know to take the elite floor seats.. for eight hours.