Manila: Seeing the City in a New Light 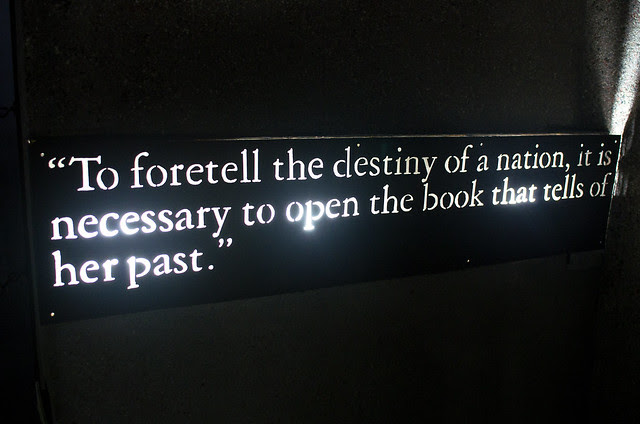 And our past tells us that our geography dictates our destiny. 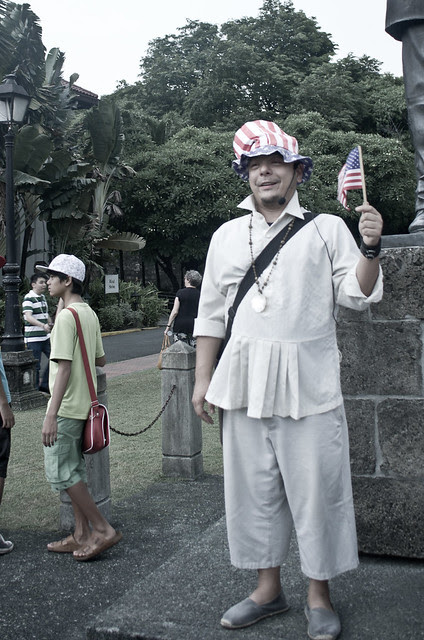 That was one great insight that I got from Carlos Celdran's Walk This Way Intramuros Tour. The walking tour is a great way of introducing Manila to visiting foreigners, and that was highly evident from the number of them in the group, but more than that, it also served as an eye-opener for Filipinos like me who have, in a way, neglected to see Manila for what it is.

Come to think of it, it is not unusual for some people to diss our culture and brand us as un-Asian. Compared to our truly Asian neighbors, our hodge-podge culture is sticking out like a sore thumb. At the end of the 3-hour tour, I left Intramuros enlightened and with a seemingly deeper understanding of Manila.

The tour started at 3PM with the group assembled at the gate of Fort Santiago. The sky was overcast and the rain threatened to pour but the group pushed ahead and started with the tour. Armed with a huge clear book of photos, small flags, an assortment of top hats, a wireless microphone strapped to his waist, and his theatrics, Carlos Celdran led the group by shouting "Walk this way!" for everyone to hear.


The details Carlos mentioned in the tour are not new to us. We all have been taught in school that we were under the Spanish regime for more than 300 years, followed by the Americans for  more than 40 years, and lastly, by the Japanese for 3 years. Only, he told it in such a way that one will be able to truly understand why we ended up the way we are now.

He discussed the highs and lows during the times that we were colonized, from the 300 stagnant years under Spain to the glorious days of Manila during the American regime down to Manila's destruction during World War II. I don't remember learning in school that Manila was the second most devastated city during WWII, next to Warsaw. Being the gateway to the east and the west, our role as a collateral damage was set early on. 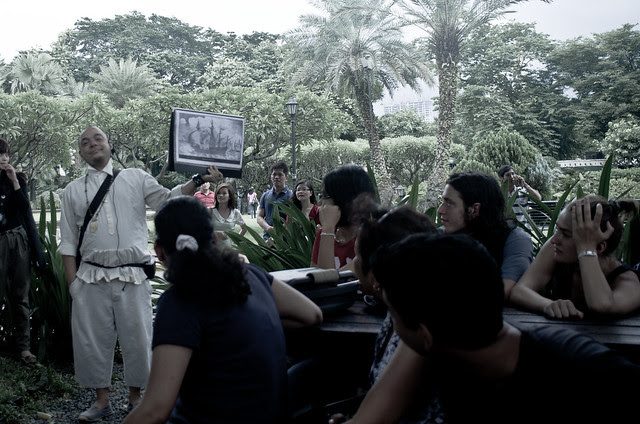 With Carlos' hushed grave tones when he discussed the events during WWII, and with the ambiance that a dark theater provided, I could not help but feel sad. I remembered the Minsan May Isang Puta article that went around the internet telling the story of a whore that in the end signified the Philippines.

The group spent time going around Fort Santiago, with Carlos making references to the nearby Manila Cathedral as well as Luneta. He also briefly touched on the topic of Andres Bonifacio vs. Jose Rizal as a national hero. For the last leg of the tour, everyone took the kalesa to visit San Agustin Church. Our kalesa driver was a tourguide in his own right as he pointed the old locations of Ateneo, UST, and PMA in the Walled City.

The myriad of Western, Chinese, and Hispanic cultures is our culture. Much like the dessert halo-halo, we are a mix of everything. The tour was ended with a glass of refreshing halo-halo handed out to everyone.

Truly, I shall never look at Manila the same way again.