The Road to Batad 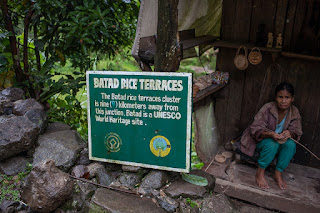 Hearing a French man based in Singapore say that Batad is the best place he's ever visited in Southeast Asia is heartwarming but knowing that you haven't set foot on the rice terraces yet is just, well, sad.


The Rice Terraces in the Cordillera Administrative Region are collectively acknowledged as a UNESCO World Heritage Site. Note that the Rice Terraces is tagged as a RED cultural site, meaning that it is included in the list of heritage in danger.  The listing includes five clusters of terraces: Nagacadan in Kiangan, Hungduan, Mayoyao, Bangaan, and Batad Terraces.

Frequent landslides have threatened to damage the 2000-year old work of the Ifugaos, the last one reducing one section of Batad Terraces to a rubble. With that in mind, I vowed to visit Batad on the next long weekend. Pushing it far back in my calendar might mean not seeing it in its pristine form.

On August 26, Thursday night, we set off for Banaue. We made reservations with Ohayami Trans for the bus scheduled to leave at 10PM. It was a good choice to call ahead because the place was packed with people buying tickets at the last minute. The ride usually takes 9 hours, however, typhoon Mina decided to come with us to North Luzon, so the bus had to take extra caution in avoiding muddy landslides on the road.

We finally arrived at the Ohayami Bus Terminal at 9 in the morning, Friday. We were met by our ever reliable guide, Dandy Umhao, at the station. (Thanks to Chyng Reyes!) Dandy herded us to the People's Lodge and Restaurant for a quick breakfast. There we were joined by a group of 4 other travelers. 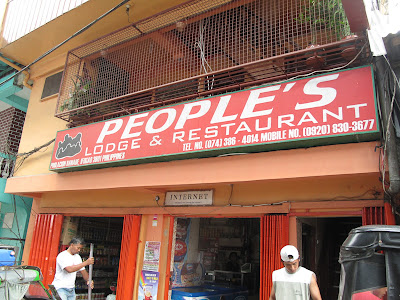 This what I love about Benguet and its neighboring provinces like Mt. Province.  They serve brown rice and fresh, crisp veggies! I'm not a fan of vegetables but whenever I'm up north, I transform into a veggie gobbler! 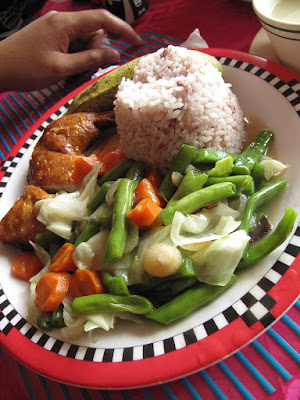 After a hearty meal, we rode a jeep to Saddle Point, the jump-off for Batad.  It was drizzling when we left and halfway to Saddle Point, we were told that the jeep could no longer take us.  There were several landslides up on the road and the safest way was to travel on foot. 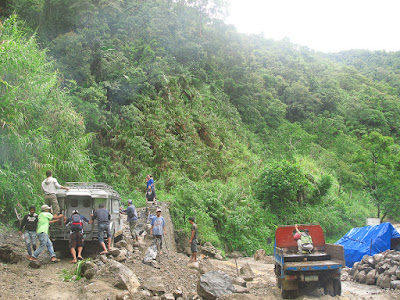 Alright! Bring out the poncho! Rain is no problemo for the hunchback-packer! 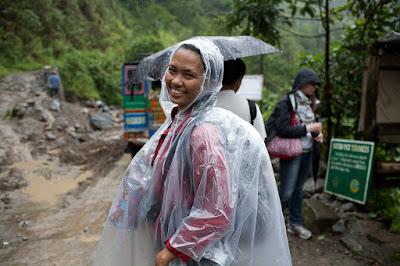 After 1.5 hours of trekking, we reached Saddle Point. We stayed for awhile and waited for the rain to dwindle down a bit. We were having doubts about the weather but we were so close to seeing the terraces so we all decided to press on.  The trail to Batad was muddy and I was starting to feel miserable because of the weather, but the trail led us to clearings with wonderful views of the mountains. Those were more than enough to entertain me.


Grieving over his camera. It's time to get a weather-sealed toy. 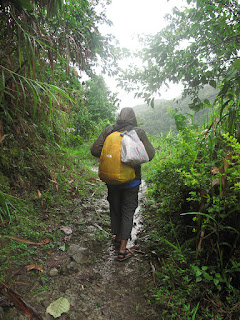 It took 2 hours from Saddle Point to Batad proper, and Mang Ramon's signage (inviting us to go local!) was a welcome sight. Stay in a traditional Ifugao 'No-Nail' house? Of course! We we're sold! 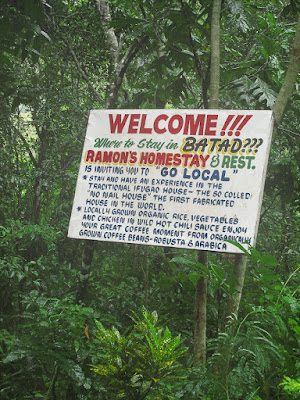 We finally saw the Batad Tourist Information Center and on its back laid the famous rice terraces, magnificent even in the rain.  The fog muted the color of the lush greenery but it did not take away even a bit of splendor. The amphitheater looked like it was carved by nature itself, just like how stalactites and stalagmites form inside caves, but if you realize how this was done by the Ifugaos, you would be in awe.  How they tilled the sides of the mountains at a time when no machineries existed is proof of their sophisticated civilization. Aside from creating the stone walls that divide each terrace from the other, they were also able to build an irrigation system that gets water from sources high up in the mountains. Ifugaos made sure that the fields' need for water is supplied. They did not just carve out from the mountains, they built a complex agricultural system. 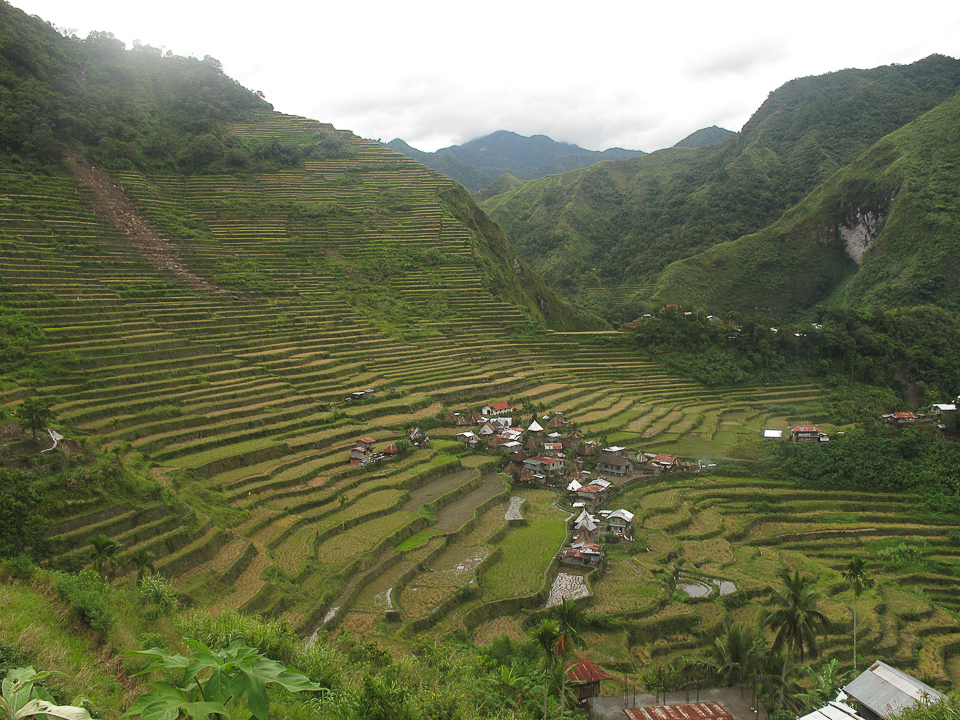 At Mang Ramon's homestay, we were welcomed by Mang Ramon and his niece, Irene.  True enough, he made us 'Go Local' during our whole stay (more of this in my next post).

We ordered dinner and a cup of coffee while we took in the amazing view in front of us.  It felt like staring at the pages of a book. By 8PM, we pulled up the ladder into our hut and called it a night. 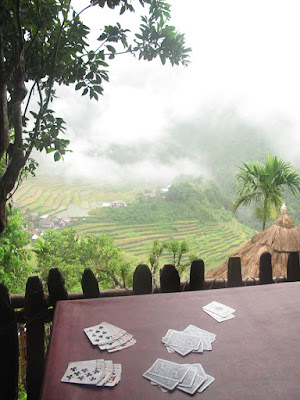