I have long wanted to see a city in the country where arts and culture is strongly supported. This longing was satisfied when I visited Silay City in Negros Occidental earlier this year. Silay in itself is a lovely gem but the highlight of the experience was spending an afternoon with a Silaynon and his rich and engaging stories.

The fact that we had to call ahead to set an appointment to view an ancestral house was enough to rouse my curiosity and raise my expectations.  The Manuel Severino Hofileña ancestral house did not disappoint, and the unconventional and highly entertaining host, Ramon Hofileña, was beyond expectations. 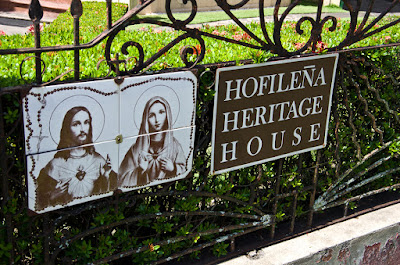 The house is located in the quaint city of Silay in Negros Occidental, known as the Paris of Negros, not for its appearance but for the city's appreciation and knowledge for arts and culture.  Over the years, Ramon has obtained a diverse collection of artworks, sculpture, and prints from Manansala, Luna, Hidalgo, Ben Cab, Hechanova, and a local artist from Silay, Conrado Judith.  Some pieces were also from well-known printmakers from Japan (whose names I couldn't remember).  His collection even includes a doodle by Jose Rizal during his days in Ateneo.  Shelves on the first floor of the house are bursting with pocketbooks from the time of the war, memorabilia from his trips (including a pair of painted dolls smaller than a grain of rice), newspaper clippings of his siblings' and nephews' accomplishments, and tektites!

The curator is as interesting as his pieces.  Ramon, who is now 78 years old, worked in a travel and employment agency in New York during his prime. A model in  his youth, he once donned a swimming trunk for a swimwear brand and landed him a page on a newspaper.  He left the country when he was still 13 years old and only went back for vacations.  I could tell very well from his amusing stories that he led a colorful life in NY.


Somewhere in the conversation he mentioned he had 200 photos of himself in the nude. He's the second person to impart this piece of wisdom: take a photo of your nude self while you're still young because years from now, you'll be very glad you did! 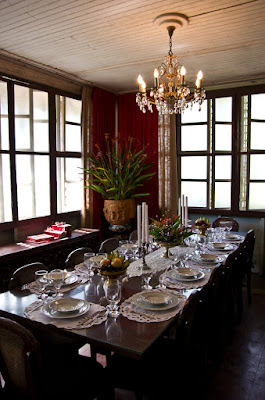 On a serious note, the man shared his views on the country's future on the arts because, admittedly, hardly anyone gets noticed here.  He cited Lamberto Hechanova, who won several art contests abroad but is seldom written about and recognized in his own country.  He commented on how our education program lacks essential elements to make our youth well-rounded individuals.  Hearing him air his opinion might make one think that the man's point of view of this country is highly cynical but if you think about it, he already spent a good chunk of his years promoting arts and culture in the country (and is still doing it now).  His ancestral house was the first house in Silay to open its doors to the public. Since then, 2 more ancestral houses have opened for viewing.  He said he might be able to convince some more families to do the same. He holds the Annual Cultural Tour of Negros Occidental (ACTNO), the longest running cultural tour in the country (on its 40th year), every Saturday of December. Now if all cynics were like him, we'll be out of the rut we're in in a few years time.

When we finally sat and settled at the receiving area upstairs, we realized that 2 hours have passed since we set foot in the house. The man is someone I could listen to for several hours without losing my interest.  He even offered us to spend the night in his house, but unfortunately, we still had a sunset to catch at The Ruins.  It would have been lovely to be a guest in the house of a man of passion and have an authentic Negrense dinner with him in the long antique dining table. 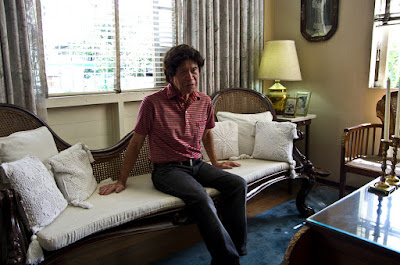 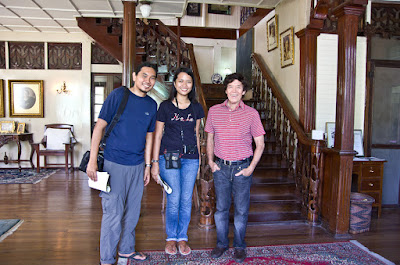 All photos by Aaron Manila.

Hofileña Ancestral House is located in 14 Cinco de Noviembre, Silay City.  Call (034) 495 4651 to set an appointment before visiting the house.

This post is a part of The Negros Occidental Chronicles.


This is my entry for the PTB Blog Carnival for the month of September 2012, dubbed as "The Visayan Roundup",  hosted by Ding of Pinoy Explorer. Click on the logo below to read the entry.

To view all the previous Carnival posts,click on the logo below. 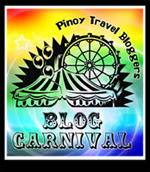